The global outbreak of Covid-19 brought the whole world to stand still in Q1 2020. Consequently, the number of smartphones shipped in the first quarter of this year recorded an unprecedented fall, which is estimated to have a far-reaching impact on the yearly smartphone shipments throughout the year. In fact, the first two month of the second quarter of 2020 is also impacted severely due to the rising number of cases worldwide. As companies couldn’t resume their operations earlier than mid of May 2020, the smartphone shipments in Q2 2020 is also estimated to remain below than expected earlier.

It is now estimated that worldwide smartphone shipments in 1H 2020 would record a decline of 18.9% as most of the companies in almost every major market lost nearly 2-3 months of sales due to the seizer of their operations.

Almost every research firm is now projecting that companies must not look for growth earlier than Q1 2021 as all the major markets will only be back to normal by the end of this year. 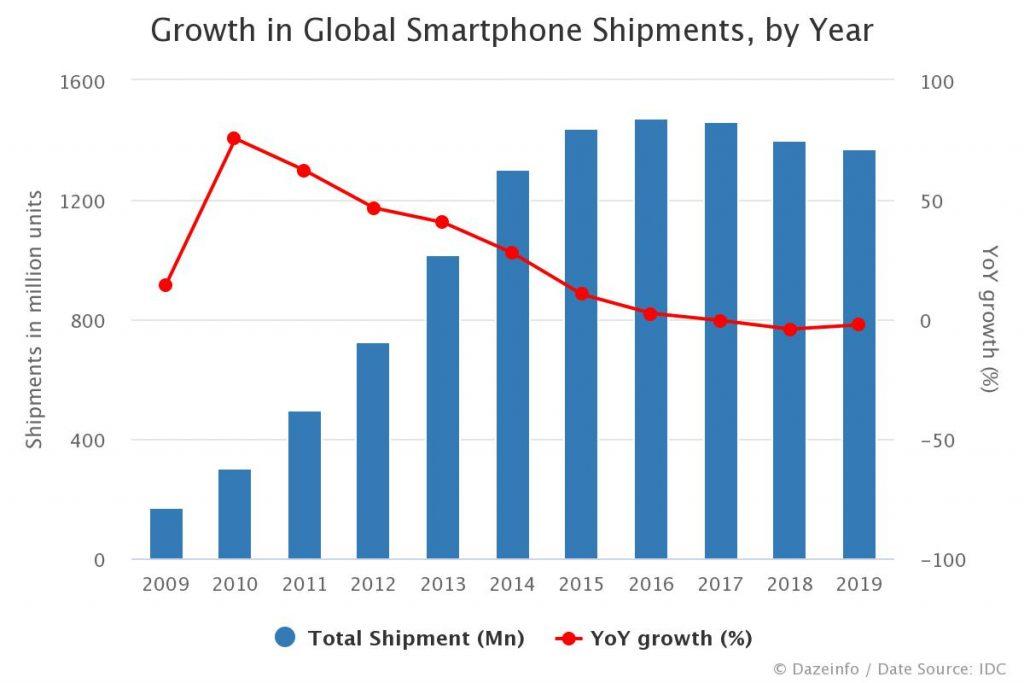 Despite all challenges the smartphone industry is facing worldwide, China has started showing some improvement. The global supply chain is slowly attaining the normalcy as manufacturing factories have started functioning. It’s expected that the smartphone market in China is going to be impact at least as compared with other markets. The decline in smartphone shipments in China is expected to remain in single digit in 2020.

In contrast, markets like Europe and the US will be facing the toughest time in 2020 as the situation is quite severe as compared to other major markets. The record number of deaths and cases have pushed the governments and people there on the back foot. The falling sales figures of smartphones in 1H 2020 have forced smartphone companies to start focusing on other markets that have started showing signs of improvements.

Realizing the fact that the struggle is far from over anytime soon, smartphone companies have shifted their focus to keep the damages minimal. Companies are now focusing on launching more premium and flagship devices in 2020. The strategy is to keep their revenue and profit maintain – if can’t be improved anyhow. Premium devices not only bring in more revenue but also come with a greater margin.

It is expected that the top 3 of the smartphone industry players – Samsung, Apple, and Xiaomi – would be able to retain their market share.