Muslim statesman Muhammad Ali Jinnah led Pakistan’s independence from India, and was its first governor-general and president of its constituent assembly.

Muhammad Ali Jinnah was born December 25, 1876, in Karachi, Pakistan. In 1906 he joined the Indian National Congress. Seven years later, he joined the India Muslim League. The independent state of Pakistan that Jinnah had envisioned came to be on August 14, 1947. The following day, he was sworn in as Pakistan’s first governor-general. On September 11, 1948, he died near Karachi, Pakistan.

Muhammad Ali Jinnah was born in a rented apartment on the second floor of Wazir Mansion in Karachi, Pakistan (then part of India), on December 25, 1876. At the time of his birth, Jinnah’s official name was Mahomedali Jinnahbhai. The eldest of his parents’ seven children, Jinnah was underweight and appeared fragile at the time of his birth. But Jinnah’s mother, Mithibai, was convinced her delicate infant would one day achieve great things. Jinnah’s father, Jinnahbhai Poonja, was a merchant and exporter of cotton, wool, grain and range of other goods. As a whole, the family belonged to the Khoja Muslim sect.

When Muhammad Ali Jinnah was 6 years old, his father placed him in the Sindh Madrasatul-Islam School. Jinnah was far from a model student. He was more interested in playing outside with his friends than focusing on his studies. As the proprietor of a thriving trade business, Jinnah’s father emphasized the importance of studying mathematics, but, ironically, arithmetic was among Jinnah’s most hated subjects.

When Jinnah was nearly 11 years old, his only paternal aunt came to visit from Bombay, India. Jinnah and his aunt were very close. The aunt suggested that Jinnah return with her to Bombay; she believed the big city would provide him with a better education than Karachi could. Despite his mother’s resistance, Jinnah accompanied his aunt back to Bombay, where she enrolled him in the Gokal Das Tej Primary School. Despite the change of scenery, Jinnah continued to prove himself a restless and unruly student. Within just six months he was sent back to Karachi. His mother insisted he attend Sind Madrassa, but Jinnah was expelled for cutting classes to go horseback riding.

Jinnah’s parents then enrolled him in the Christian Missionary Society High School, hoping he would be better able to concentrate on his studies there. As a teen, Jinnah developed an admiration for his father’s business colleague, Sir Frederick Leigh Croft. When Croft offered Jinnah an internship in London, Jinnah jumped at the chance, but Jinnah’s mother was not so eager for him to accept the offer. Fearful of being separated from her son, she persuaded him to marry before leaving for his trip. Presumably she believed his marriage would ensure his eventual return.

At his mother’s urging, the 15-year-old Jinnah entered into an arranged marriage with his 14-year-old bride, Emibai, in February 1892. Emibai was from the village of Paneli in India, and the wedding took place in her hometown. Following the marriage, Jinnah continued attending the Christian Missionary Society High School until he left for London. He departed Karachi in January of 1893. Jinnah would never see his wife or his mother again. Emibai died a few months after Jinnah’s departure. Devastatingly, Jinnah’s mother, Mithibai, also passed away during his stay in London.

After disembarking at Southampton and taking the boat train to Victoria Station, Jinnah rented a hotel room in London. He would eventually, however, settle at the home of Mrs. F.E. Page-Drake of Kensington, who had invited Jinnah to stay as a guest.
After a few months of serving his internship, in June of 1893 Jinnah left the position to join Lincoln’s Inn, a renowned legal association that helped law students study for the bar. Over the next few years, Jinnah prepared for the legal exam by studying biographies and political texts that he borrowed from the British Museum Library and read in the barristers’ chambers. While studying for the bar, Jinnah heard the terrible news of his wife and mother’s deaths, but he managed to forge on with his education. In addition to fulfilling his formal studies, Jinnah made frequent visits to the House of Commons, where he could observe the powerful British government in action firsthand. When Jinnah passed his legal exam in May of 1896, he was the youngest ever to have been accepted to the bar.With his law degree in hand, in August 1896 Jinnah moved to Bombay and set up a law practice as a barrister in Bombay’s high court. Jinnah would continue to practice as a barrister up through the mid-1940s. Jinnah’s most famous successes as a lawyer included the Bawla murder trial of 1925 and Jinnah’s 1945 defense of Bishen Lal at Agra, which marked the final case of Jinnah’s legal career.

During Jinnah’s visits to the House of Commons, he had developed a growing interest in politics, deeming it a more glamorous field than law. Now in Bombay, Jinnah began his foray into politics as a liberal nationalist. When Jinnah’s father joined him there, he was deeply disappointed in his son’s decision to change career paths and, out of anger, withdrew his financial support. Fortunately, the two had mended fences by the time Jinnah’s father died in April 1902.

Jinnah was particularly interested in the politics of India and its lack of strong representation in British Parliament. He was inspired when he saw Dadabhai Naoroji become the first Indian to earn a seat in the House of Commons. In 1904, Jinnah attended a meeting of the Indian National Congress. In 1906 he joined the congress himself. In 1912, Jinnah attended a meeting of the All India Muslim League, prompting him to join the league the following year. Jinnah would later join yet another political party, the Home Rule League, which was dedicated to the cause of a state’s right to self-government.

In the midst of Jinnah’s thriving political career, he met a 16-year-old named Ratanbai while on vacation in Darjeeling. After “Rutti” turned 18 and converted to Islam, the two were married on April 19, 1918. Rutti gave birth to Jinnah’s first and only child, a daughter named Dina, in 1919.

As a member of Congress, Jinnah at first collaborated with Hindu leaders as their Ambassador of Hindu Muslim Unity, while working with the Muslim League simultaneously. Gradually, Jinnah realized that the Hindu leaders of Congress held a political agenda that was incongruent with his own. Earlier he had been aligned with their opposition to separate electorates meant to guarantee a fixed percentage of legislative representation for Muslims and Hindus. But in 1926, Jinnah shifted to the opposite view and began supporting separate electorates. Still, overall, he retained the belief that the rights of Muslims could be protected in a united India. At that stage of his political career, Jinnah left Congress and dedicated himself more fully to the Muslim League.

By 1928 Jinnah’s busy political career had taken a toll on his marriage. He and his second wife separated. Rutti lived as a recluse at the Taj Mahal Hotel in Bombay for the next year, until she died on her 29th birthday.

During the 1930s Jinnah attended the Anglo-Indian Round Table Conferences in London, and led the reorganization of the All India Muslim League. 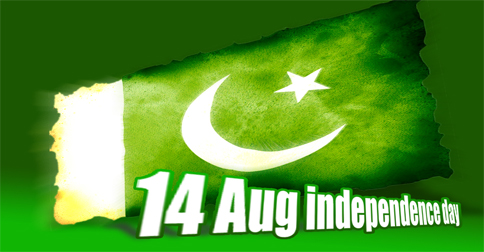 By 1939 Jinnah came to believe in a Muslim homeland on the Indian subcontinent. He was convinced that this was the only way to preserve Muslims’ traditions and protect their political interests. His former vision of Hindu-Muslim unity no longer seemed realistic to him at this time.

During a 1940 meeting of the Muslim League at Lahore, Jinnah proposed the partition of India and the creation of Pakistan, in the area where Muslims constitute a majority. At this juncture, Jinnah was both displeased with Mohandas Gandhi’s stance at the London Round Table Conference in 1939, and frustrated with the Muslim League. Much to Jinnah’s chagrin, the Muslim League was on the verge of merging with the National League, with the goal of participating in provincial elections and potentially conceding to the establishment of a united India with majority Hindu rule.

To Jinnah’s relief, in 1942 the Muslim League adopted the Pakistan Resolution to partition India into states. Four years later, Britain sent a cabinet mission to India to outline a constitution for transfer of power to India. India was then divided into three territories. The first was a Hindu majority, which makes up present-day India. The second was a Muslim area in the northwest, to be designated as Pakistan. The third was made up of Bengal and Assam, with a narrow Muslim majority. After a decade, the provinces would have the choice of opting out on the formation of a new federation. But when the Congress president expressed objections to implementing the plan, Jinnah also voted against it. The independent state of Pakistan that Jinnah had envisioned came to be on August 14, 1947. The following day, Jinnah was sworn in as Pakistan’s first governor-general. He was also made president of Pakistan’s constituent assembly shortly before his death.

On September 11, 1948, just a little over a year after he became governor-general, Jinnah died of tuberculosis near Karachi, Pakistan—the place where he was born.

Today, Jinnah is credited with having altered the destiny of Muslims in the Indian subcontinent. According to Richard Symons, Muhammad Ali Jinnah “contributed more than any other man to Pakistan’s survival.” Jinnah’s dream for Pakistan was based on the principles of social justice, brotherhood and equality, which he aimed to achieve under his motto of “Faith, Unity, and Discipline.” In the wake of his death, Jinnah’s successors were tasked with consolidating the nation of Pakistan that Jinnah had so determinedly established.